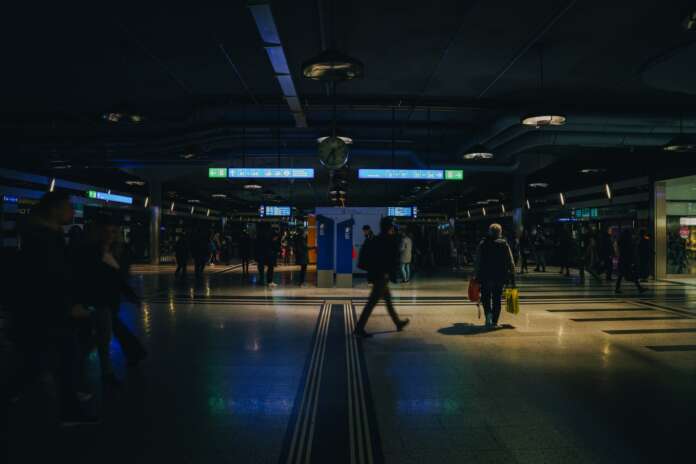 The potential promise of the technology of Artificial Intelligence has captured the zeitgeist to the extent that many speak of the current age as the age of AI. Stunning breakthroughs in high profile problems like protein folding and Go have demonstrated AI’s capacity to exceed human performance in complex tasks that require strategic decision-making, long-term planning and even style with the Alpha-Go AI’s play being described as aggressive by commentators. These breakthroughs and others like it are inspiring people to consider where AI will be applied next and, as one of the most crucial components of modern society, the power system will inevitably be one of these areas.

The modern power system has been described as the most complex machine ever built, with its interconnecting components all operating in synchrony to balance the supply, demand and AC frequency of electricity on a second-by-second basis.

However, the need to transition to renewables, at a rapid pace, is a paradigm shift for the operation of this infrastructure which increases the complexity and uncertainty for human operators. New challenges demand new tools and the ideal technology to assist with this transition is AI. There are many problems that operators in grid control rooms across the globe tackle daily and chief among these is the security of supply, taking the right decisions in terms of generation and infrastructure to maintain the system stability and avoid blackouts.

A blackout is where the failure of one part of the grid causes failure in another, cascading throughout the system until total collapse. The mathematics of this phenomenon are highly complex and non-linear with a small initial disturbance capable of causing a huge impact and our current methods for predicting the likelihood of a blackout are very limited. As a result, we run our grids with reserve constraints keeping sufficient generation available to act as slack in the system, however, this is a compromise that increases prices and carbon emissions to compensate for our inability to fully understand the complexity of this phenomenon.

The complexity of this challenge makes it an ideal application area for AI. The branch of AI that has generated the most excitement over the last 5 years is reinforcement learning. In this methodology, the AI learns from first principles how to solve a problem in a simulated environment, video games are often used as demonstrators for this reason. Training an AI System Operator using Reinforcement Learning would require an accurate simulator of the power system however this is something that electrical engineers have researched for decades and are capable of building highly accurate models of the grid. While these models are too computationally intensive to be used in the second-to-second decision making required for day-to-day operations they are an ideal simulation environment for an AI to train or learn in. Training is the process by which the AI learns to solve the problem of interest and reinforcement learning involves the AI experiencing hundreds of years of operating the system initially taking random actions but slowly learning the behaviour that helps it succeed.

Thanks to high-speed computing, the simulation of hundreds of years of grid operation can take place in the space of days or weeks. This gives an AI exposure to a vast array of scenarios and the opportunity to learn novel strategies that may not occur to a human operator. This learning is the tuning of parameters in a massive neural network which acts as the AI’s brain mapping inputs like power demand and generator output to decisions and responses that allow it to identify the best decision to take.

This application is currently an active area of research with challenges like the “Learning to run a power network” led by RTE, the French system operator and EPRI, the Electric Power Research Institute, inspiring researchers around the world to compete to develop the best AI that can keep a grid running in simulation for the longest without experiencing a blackout. The leap from researchers doing this in simulation to being deployed in the real world is a big one and is likely to involve bridging steps.

For example, rather than handing over full control of the grid straight away to an AI we will see human-AI cooperation with the AI being used as a decision support tool to give recommendations to operators when they are unsure of what action to take or faced with a particularly challenging situation they may not have experienced before.

This idea has evolved from some chess competitions where players are now being allowed to use chess engines as part of their play and it has created an interesting paradigm where it is often not the strongest player or strongest engine that wins but the player who is able to make the best use of the engine’s capabilities. Similarly, we may see operators having to learn to work in collaboration with these systems in the near future and to leverage their capabilities to enhance their own performance.

However, in the long term, it seems likely that full control of the grid would be handed over to an AI and that grid control may look entirely different with reserve constraints like N+1 being deemed unnecessary and overly conservative for an AI that has the benefits of more experience than all operators in the world combined.

A green step towards an energy independent and efficient European Union

PGNiG signs long-term contract for the supply of American LNG

Poland increases funds for municipalities to invest in geothermal energy