Swiss-based European energy company MET Group has completed the acquisition of a 100 per cent stake in Enel Green Power Bulgaria, which owns a 42-megawatt (MW) wind park in Bulgaria. The transaction is part of MET’s growth strategy to develop a significant renewable portfolio in the Central and Eastern European region.

The 42 MW wind park located in North-eastern Bulgaria is now wholly owned by MET Group, following the successful completion of a share and purchase transaction with Italian Enel Green Power, the renewable arm of Enel Group, as the seller. The transaction was completed on 20 January 2021 and was cleared by the Bulgarian and Serbian competition authorities.

The wind park, the 5th largest in Bulgaria, is located in the municipality of Shabla and Kavarna, with 14 units of Vestas-V90 wind turbines (3 MW capacity each). The wind farm, operating since 2010, supplies power equivalent to the consumption of around 30,000 households.

MET Group considers the growth of renewable power generation in Central and Eastern Europe as a core part of its business strategy going forward, whilst also supporting the energy transition away from coal in Europe. MET’s goal is to build a geographically diversified portfolio of power generation and infrastructure assets, with a substantial renewable asset portfolio.

Facebook
Twitter
WhatsApp
Linkedin
Email
Print
Previous articleOffshore wind-green hydrogen projects are not competitive with fossil-fuel-made version yet
Next articleBeyond 9 to 5: saving the environment by working from home? 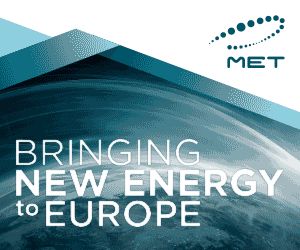