The lesson is to diversify before the crisis takes place – interview with Jurgita Šilinskaitė-Venslovienė, Head of LNG Commerce at Klaipėdos Nafta 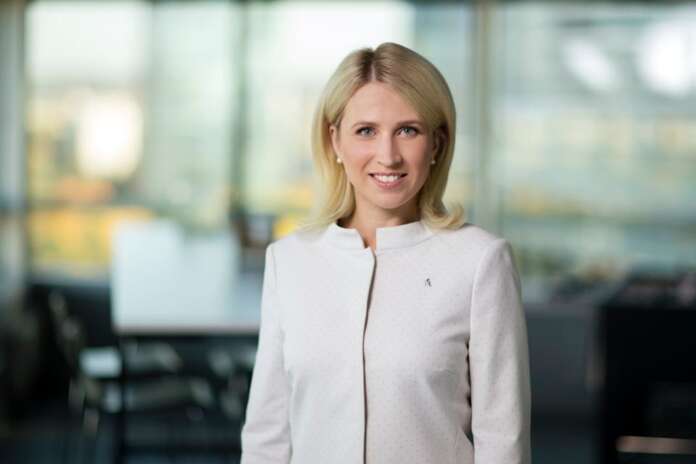 The decision of Gazprom to halt natural gas supplies to Poland and Bulgaria has brought to five the number of States that do not receive Russian fossil fuels, following the Baltic States, Lithuania, Latvia and Estonia.

In particular, Lithuania has been able to operate without Russian gas for some time already and it was actually the first EU country to completely abandon all of the Russian energy supplies, hoping to be an example for other countries to follow.

On the sidelines of the 4th Global LNG Forum organised by ALJ Group and which took place in Milan on 26-27 of April, CEENERGYNEWS spoke with Jurgita Šilinskaitė-Venslovienė, the Head of LNG Commerce at the Oil and LNG terminals operator at Klaipėdos Nafta (KN) about the crucial role of LNG in ensuring the security of supply for the whole Baltic region and the importance of diversifying technologies as well.

As a step forward in the diversification of supply, the Gas Interconnector Poland Lithuania (GIPL) started operation on 1 May. However, Mrs Šilinskaitė-Venslovienė believes that it won’t be enough for the entire region.

“The Baltics and Finland consume 6 billion cubic metres of gas per year,” she underlines. “GIPL will provide around 2 bcm and the LNG terminal in Klaipėda 3.75 bcm.”

But, she explains that these figures do not reflect the seasonality when there is higher demand in winter and flows are limited.

“For the limited capacity in the wintertime, it is good that Latvia has storage facilities with a capacity of 2.3 bcm,” she says. “So if we combine all the infrastructure it is feasible to cover the annual demand but in wintertime, there might be some lack of daily capacity in the Northern part of the region. Today, the storage is at 7.6 terawatt-hours (TWh) which means around 40 per cent full.”

“And under situations like this one when Poland doesn’t have Russian gas, it is going be difficult to meet domestic demand and help our neighbours, without counting on their reverse flows.”

Estonia and Finland are already trying to find other solutions by jointly leasing a floating LNG terminal whose annual regasification capacity will be at least 30 TWh.

“Latvia is also joining the discussion,” Mrs Šilinskaitė-Venslovienė reveals. “And, as LNG terminals’ project developers, we are also in discussion with them. If their terminal will operate very similar to how the LNG terminal in Klaipėda operates, so for all market participants in the region is going to be easier to understand how it works.”

Nevertheless, she mentions also that there is so much noise about it, so many parties involved and so many interested people that it is not always clear what the role of entities is, including those outside of Europe.

“But first of all, they have to communicate clearly to local traders and local transmission system operators,” she adds. “So we are open to contributing to the region’s development.”

At the same time, one has to focus also on current challenges, the biggest of which is preventing future supply shocks.

“Current prices are not incentivising LNG traders to inject gas into underground storage and they must make decisions with commercial rationalities,” Mrs Šilinskaitė-Venslovienė says. “Nobody knows what will happen in winter so additional instruments are needed to incentivise companies.”

Among those she mentions are a better regulatory framework, an obligatory portfolio in underground storage and eliminating all cross country barriers for capacity allocations.

But for sure, the current situation has taught a lesson that it is very important to have a diversified supply, without waiting for an additional crisis to happen.

“For Lithuania, it was very important to have alternative supply sources and this alternative was created already in the past. So we are showing that this strategy works,” the Head of LNG Commerce states.

“Looking at the future means also including other topics like hydrogen and ammonia. Because also in this field is important to diversify and not rely on one specific technology only.”

And when it comes to hydrogen, Lithuania is finalising its hydrogen roadmap, looking forward to becoming not only a consumer but also an exporter.

“Hydrogen is consumed and produced locally in Lithuania for the fertilising industry and the refinery one, so it will take some time for a wider economy to develop,” she says. “The first step would be to launch green hydrogen production sites dedicated to transport, balancing renewables, blending hydrogen into the gas grid up to 10 per cent. In the short term, not many investments are needed in the infrastructure but closer to 2030 or 2050 more significant infrastructure will be needed. That’s why Klaipėdos Nafta is currently participating in drafting the country’s roadmap while analysing our own capabilities and infrastructure.”

The main task of the feasibility study will be to identify an optimised design and configuration to export CO2 to one or more sequestration facilities within Europe. It also includes the possibility to decarbonise grey hydrogen into blue hydrogen as an important and necessary solution to reaching a zero-emission economy.

“We are at a more mature stage of the feasibility study but it is still in the process,” Mrs Šilinskaitė-Venslovienė underlines. “We are in contact with different emission site centres that will not have any other options other than polluting, like cement producers. But how a real business case will work, it will depend on EU policies, emission taxes and so on.”

Jurgita Šilinskaitė-Venslovienė concludes by mentioning the allocation of free capacity at the Klaipėda LNG terminal for the period from 1 October to 31 December 2022. A total of 9,66 TWh available LNG capacities will be allocated during the procedure. KN is also investigating possibilities to increase the regasification capacity up to 5 bcm.

“Vessels can already work up to 5 bcm but some changes are needed including the transmission system,” she concludes. “It is feasible if we have some market interest.”

Ship design can make or break the decarbonisation of the maritime industry – interview with Eglë Mikalauskienė, Western Baltic Engineering

Making LNG affordable for the CEE market – interview with Ivan Fugaš, Director of the Operations and Technical Affairs Division at LNG Croatia

Romania’s TSO ready to take over the gas supplies for CEE – interview with Ion Sterian, director general of Transgaz

My first-ever visit to the Krk LNG terminal