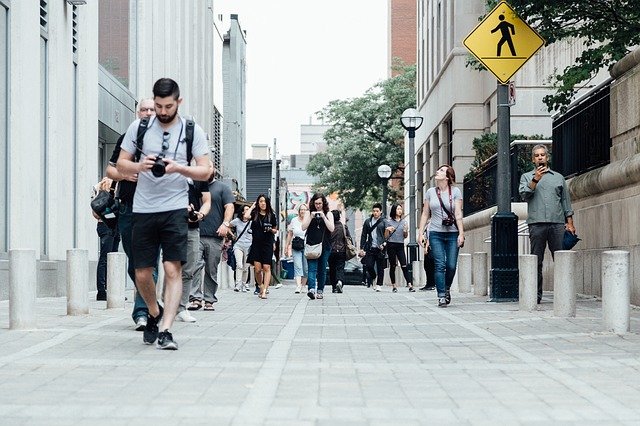 Czech Ministry of Industry and Trade launched the Smart Choice campaign, which aims to bring new impulses to the perception of energy savings, support active consumption management in households, companies and public administration and thus contribute to better energy use.

Although energy savings are a topic that is becoming more and more widely known to the general public and gaining in importance, households, businesses and institutions still have reserves about making better use of energy. The energy intensity of the Czech economy has been declining and the possibilities for saving energy are expanding. However, the Czechs have not yet learned to take full advantage of these benefits.

“It is time to deal with the support of energy savings in other forms than investment subsidies,” said  Deputy Prime Minister and Minister of Industry and Trade Karel Havlíček. “It is necessary to try to change people’s approach to energy consumption and motivate them to behave economically. The barrier is not only about finances, it also concerns awareness of the benefits and possibilities of implementing energy-saving measures.”

Lower energy consumption not only means lower operating costs, where the money saved can be used elsewhere, but it also contributes to improving the environment and the quality of life itself.

The first stage of the Smart Choice campaign will last until May 2021. Its goal is to teach the general public, entrepreneurs, state administration and local governments to perceive opportunities for energy savings all around us, to actively seek opportunities for change, not to be afraid to seek appropriate measures or use the help of experts. The smart choice will be accompanied by a message Things eat more than you might know and concrete examples and inspiration on how to reduce a high consumption.

“Industry and transport are the most energy-intensive in the Czech Republic,” added René Neděla, Deputy Minister of Industry and Trade for Energy. “Significant energy consumers also include households: each consumes approximately 5 tons of coal or 2,078 cubic metres of natural gas or 19,700 kilowatt-hours (kWh) of electricity annually.”

The campaign will not only be based on environmental issues but will also focus on health impacts, increased productivity or comfort and last but not least, financial effects.

“There are more than 5 million households, almost 500,000 companies and more than 6,000 municipalities in the Czech Republic,” underlined Vladimír Sochor, Director of the Department of Energy Efficiency and Savings of the Ministry of Industry and Trade. “If each of these groups followed the most basic and simple recommendations, the impact on energy consumption in the Czech Republic would be significant.”

In the campaign, the Ministry of Industry and Trade will inform about low-cost solutions that can reduce operating costs in the coming heating season as well as about more investment-intensive projects, for whose quality project preparation is the autumn very suitable period. Special attention will also be paid to the Energy Consultation and Information Centres (EKIS), which have the task of providing initial free advice in the context of energy savings and renewable energy sources.

DTEK is amplifying its presence in London to create an ecosystem to attract investments and innovative technologies in new Ukrainian energy projects.
Read more
Electricity

With the help of the Power-to-Gas technology, electricity is converted in several steps into gaseous fuels, mostly using electrolysis and chemical, biological processes. It is simpler and more economical.
Read more
Innovation

A pilot-test of Ramboll’s True Digital Twin technology at the Wikinger offshore wind farm in the Baltic Sea, has revealed a significant analytical potential to increase the lifetime of offshore wind.
Read more

One of the most critical near-blackout since 2006: system separation in Continental Europe

A near power grid outbreak cut Europe’s power grid into a South-Eastern and a North-Western part for about an hour. It was described as one of the most critical near-blackout situations since the region’s last major blackout in 2006.
Read more

The new US approach to CEE

Energy- and climate change-related topics are the first items on Joe Biden’s agenda: the Paris Agreement, the Keystone XL pipeline, methane emissions. How will the US reengage with Central and Eastern Europe?
Read more

OMV Petrom initiated a new offshore drilling campaign in the shallow waters of the Istria block in the Black Sea, continuing a series of investment projects for offshore production.
Read more
Load more

The new US approach to CEE

Energy- and climate change-related topics are the first items on Joe Biden’s agenda: the Paris Agreement, the Keystone XL pipeline, methane emissions. How will the US reengage with Central and Eastern Europe?
Read more

Poland has adopted the Offshore Wind Act. A historic day for a country that as of today has no offshore wind capacity installed. The first wind farms will appear in 2024 and in 20 years from 8 to 11 GW of offshore wind power capacity will be installed.
Read more

While the most used words in 2020 were pandemic and coronavirus, the main driver of 2021 will be recovery. After summarising the most important events of last year in CEE, let's have a look at what to expect from the year that has just started.
Read more