US elections: what’s at stake for CEE’s energy agenda 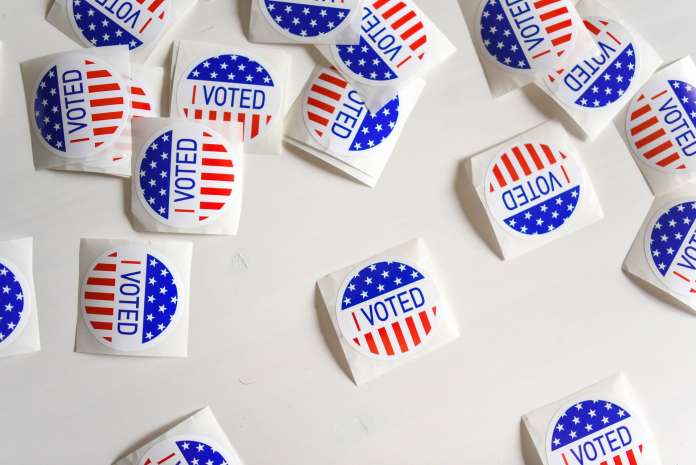 On the other side of the ocean, US citizens are choosing their next President. Many are wondering what the impact of the next US presidency will be for the rest of the world.

The role played by the US in the energy industry has been significant over the past years. Both domestic crude oil production and natural gas production have increased, leading to an intensification of exports. In 2019, the US total annual energy exports exceeded imports for the first time in 67 years, making the US a net total energy exporter.

The year 2020 for the US-CEE relations

Recently, the US started also to have an impact on Central and Eastern Europe, a region which, historically, has counted on Russia when it comes to energy supplies.

Let’s just think about the leading role played by the US at the Three Seas Initiative (3SI) Summit that took virtually place in Tallinn in October. Keith Krach, the Trump administration’s Undersecretary for Economic Growth, Energy and the Environment announced that the US agreed to pledge up to 1 billion euros to the 3SI, matching 30 per cent of the combined contribution of all 12 3SI participating nations.

Energy, more specifically energy security, was also on the table during the latest visit of US Secretary of State Mike Pompeo in Greece. He endorsed some key projects affecting regional energy security such as the completion of the Greek section of the Trans-Adriatic Pipeline (TAP), or the Interconnector Greece-Bulgaria, the floating storage regasification unit project at Alexandroupoli, the privatisation of the Kavala underground gas storage and the Interconnection Greece–North Macedonia project.

Earlier in October, Romania signed a draft intergovernmental agreement with the United States to cooperate on the expansion and modernisation of Romania’s civil nuclear power program, with the US financing the refurbishing of the first reactor at Romania’s Cernavoda nuclear power plant and the construction of units 3 and 4.

Regarding nuclear energy, last April a report prepared by US Secretary of Energy, Dan Brouillette, sent an important message to Central-Eastern European countries.

“Abdicating American leadership in the international competition for nuclear influence through neglect of this industry has empowered Russia and China to establish long-term relationships with nations, inimical to US national interests,” the report read.

An Intergovernmental Agreement to cooperate on the development of Poland’s civil nuclear power program has also been discussed.

Moreover, when it comes to Poland, the US Department of Energy reminded how President Donald Trump had already promised Polish people energy security when he stated that “we are committed to securing your access to alternate sources of energy, so Poland and its neighbours are never again held hostage to a single supplier of energy.”

Can the US President really have an impact on Europe’s energy agenda?

So the question is: how the new-elected US President will influence the energy agenda in Europe? Or maybe the right question is: can he?

She was echoed by German Chancellor Angela Merkel who said that “we Europeans have our fate in our own hands.”

Pierre Noël, Global Research Scholar at the Center on Global Energy Policy at the Columbia University suggests that the US politicians in Congress don’t understand the European gas market nor Europe in general.

“The US built this problem [energy dependence/diversification in Europe] as on obsession when it is a very small problem,” he tells CEENERGYNEWS. “The gas market in Europe has transformed significantly in the past 15 years and the dependence from Russia is not what it used to be. Today there is a lot of competition. This obsession with Russian gas is exaggerated by the US. It is a read-across from geopolitical tensions with Russia.”

Poland is probably the most problematic country in terms of the energy transition as historically it is very dependent on coal and this is an issue today in Europe.

Mr Noël believes that there is very little Trump (or the US) can do for Poland or Central Europe.

“Some countries, like Poland, use the US as an external ally to put pressure on the gas relationship between Russia and Europe and projects such as Nord Stream 2,” he underlines. “It reflects the fact that Europe is, to some extent, still divided when it comes to perceptions of Russia. But the main obstacle to further diversification comes from the countries themselves. Poland already said they are not going to renew the contract with Gazprom. If they wanted more diversification, they could have it. But they have been resisting gas market liberalisation and true integration with Western Europe for years.”

Another main question is what the role of the US will be in fighting climate change. Some would say that the US is getting off on the wrong foot already.

Despite the presidential outcome, the US officially exited the Paris climate agreement. President Trump had already announced the exit and here it comes.

But when it is about the climate, all countries should be concerned. As Virginijus Sinkevičius, European Commissioner for Environment, Oceans and Fisheries said: “the environmental and economic ambition of the Green Deal will not be achieved by Europe acting alone.”

“The Paris agreement is based on voluntary commitments,” reminds Mr Noël. “Countries will take advantage of the continuing decline in the cost of green energy to make commitments with limited or no cost. The real problem for Europe is internal: how to make sure everybody is on board. Internationally, Europe only can decide what happens in Europe and we are more or less powerless to influence what the US or other countries do, despite the Paris agreement.”

At some point, there were some talks of an alliance between Europe and the US to force China to do more, but Mr Noël is sceptical of this.

“People in Europe underestimate how China-centered the US has become,” he explains. “Under a Biden administration, they will probably link the climate agenda to the US-China trade agenda. China is a strategic competitor to the US and I am not sure Europe has the capacity to weigh in this discussion.”

The US needs surely to be part of the global movement of the energy transition but not because of federal policies. And what is the fight against climate change if not a race against time?

Thus, at the moment we have two scenarios in front of us. As explained by consultancy group Wood Mackenzie, President Donald Trump rejects the idea of using government policy to cut greenhouse gas emissions and if he secures a second term, the US power sector is likely to continue along the path it has followed in his first. On the other hand, Joe Biden says he would create jobs through a clean energy revolution putting the US on a path to a carbon-free electricity system by 2035.

However, it might be simplistic to look at the two possible outcomes as all black or all white.

According to S&P Global Platts, the energy transition underway has already taken its toll on the US coal industry. More than 41.5 gigawatts (GW) of coal-fired generation has been retired during the Trump administration, while nearly 46 GW of wind and solar projects have come online in that same time frame from 2017 to mid-2020.

Furthermore, Trump is extremely supportive of the shale oil industry which would continue in case of a reelection.

“Biden, on the other hand, is less supportive,” says Mr Noël. “Strong US LNG exports help bring down the price of natural gas, which reduces the cost of displacing coal, including in Europe.”

Mr Noël concludes that the US would be more proactive under a Biden administration but in any case, Democrats will not control the Senate. Therefore, it remains to be seen whether a Biden administration would have the political power to carry out the huge infrastructure investment programme they have promised, which is needed to accelerate the transition and decarbonise more deeply. 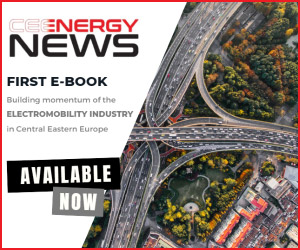