Green and smart investments are keys in post-COVID-19 Romania 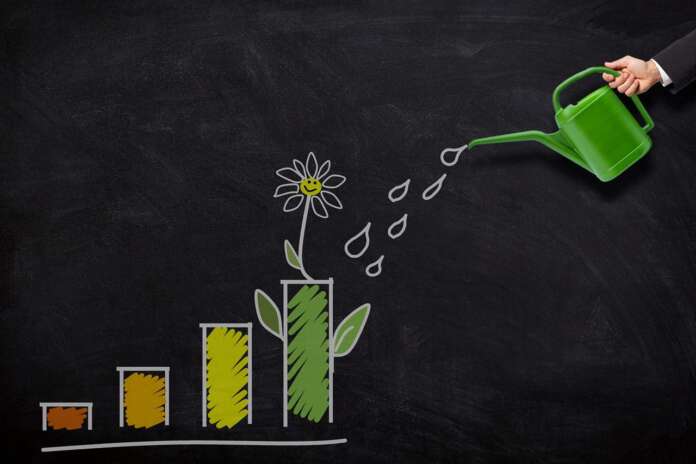 The EIB Investment Survey presented by the National Bank of Romania and the European Investment Bank identifies a massive economic shock caused by COVID-19 but, at the same time, it points out an effective policy response. Participants of the conference entitled Towards a green and smart economy in Romania: Investment and investment finance highlighted that the best practice would be the strengthening of green and smart investments in post-COVID-19 Romania.

Adapting to the new circumstances is key: leading stakeholders explained how investment needs and priorities had evolved as a result of the pandemic and underlined the necessity of cooperation within the finance sector and also called for a consultation to accelerate the transition towards a smart and green economy. Among others, the Next Generation EU Funds and the expanded EU budget were mentioned as possible financial sources.

“At the European Union level, there is a growing consensus that the recovery from the current corona crisis needs to be sustainable,” said Mugur Isărescu, Governor of the Romanian National Bank. “The European Green Deal and the Next Generation EU funds provide a unique opportunity for resource reallocation and transformation towards greener and more digitalised economies. We should seize this opportunity. Moving forward, central banks and supervisors in Europe and around the world are laying the groundwork to integrate climate risks into their activities, to an extent consistent with their mandates.”

The investment outlook for Romania in 2020 was negative (-4 per cent) because most of the firms reduced their investments, rather than increased them. However, the outlook is not as negative as the EU average (-28 per cent).

The survey reveals that the COVID-19 has a mixed impact on business investment and it is also expected to put pressure on private investments in the country. Romanian firms are more pessimistic about the short-term outlook as they saw the darkest future in the economic climate. Uncertainty about the future remains the most mentioned barrier to investment with 82 per cent, followed by the limited availability of skilled staff with 72 per cent.

“The EIB is playing a crucial role and we are ready to provide more targeted financial and technical support for green and smart investments,” announced Christian Kettel Thomsen, European Investment Bank Vice President responsible for Romania. “Our track record supporting climate action, renewable energy and environmental investment in Romania and across Europe help the EIB to further strengthen supporting for Romania’s towards a green and digital economy and enhance sustainable growth.”

In Romania, approximately one in ten firms face financial constraints and their reliance on internal financing sources remains high, that is why access to finance is more of an issue in Romania than in other EU countries, furthermore firms lagging with investments in digitalisation and energy efficiency face greater difficulties in successfully reaching external financing.

“In such an environment, public investments will be crucial to boost economic recovery and guide the transformation towards more digital and greener economies,” highlighted Debora Revoltella, EIB Chief Economist.

Poland worries about the implementation of the EU ETS

Poland worries about the implementation of the EU ETS

Addressing the social aspect of the coal phase-out: lessons learnt from...

CEE on the road to COP26