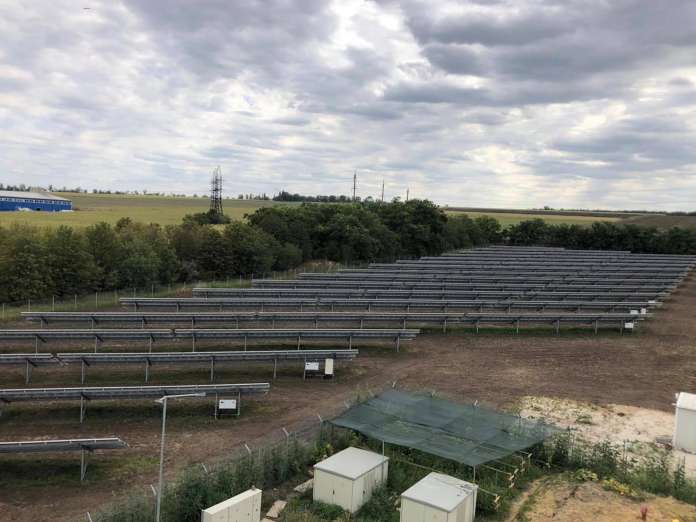 Three new solar parks will be built in Moldova, with a total capacity of 28 megawatts (MW). The project was presented during a visit of the Minister of Economy and Infrastructure Sergiu Răilean, to Fly Ren, the largest photovoltaic solar park in the country.

According to Fly Ren representatives, the solar park has currently a capacity of 1 MW and, in one year, it generates 1.2 million kilowatts per hour (kWh) of electricity. In the future, the company intends to build three more photovoltaic parks: in Bulboaca, Cărpineni and Nisporeni.

“The Republic of Moldova must develop alternative energy sources, to capitalise on its potential in the renewable energy sector,” said Minister Răilean. “This goal can be achieved through the active involvement of the business environment in new renewable energy projects. The construction of three more photovoltaic parks with a total capacity of about 28 MW will increase the capacity to produce renewable energy on the national market.”

Early in March, Moldova submitted its updated Nationally Determined Contribution (NDC2) which increased the country’s ambition to reduce greenhouse gas emissions (GHG) by 70 per cent below its 1990 level in 2030, instead of 64-67 per cent as previously committed.

The IEA Executive Director, Dr Fatih Birol has met with the President of COP26, Alok Sharma, to discuss priorities for accelerating clean energy transitions worldwide in the lead-up to COP26 in Glasgow in November.
Read more
Climate

For Poland's National Recovery Plan, PGE has prepared 24 projects worth 16 billion euros, 80% of which is to be invested in renewable energy sources.
Read more

Powering Equality – Q&A with Andrea Pánczél, Chair of Women in...

The Nord Stream 2 saga from Central and Eastern Europe

What’s next for TSOs on the road towards a new power...