CEE on the road to COP26 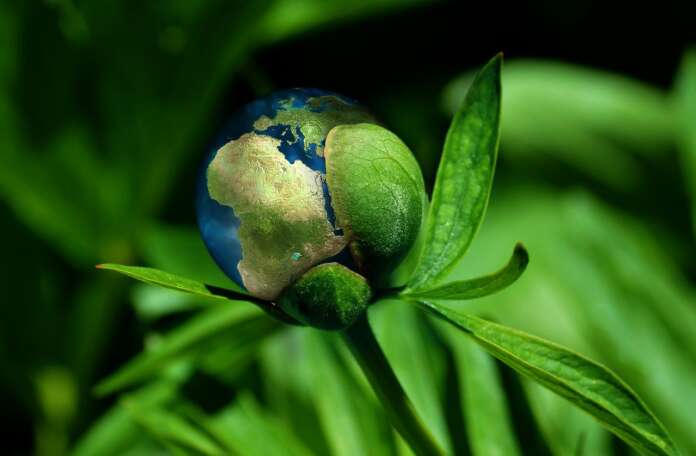 We are a month away from COP26, a long-awaited event in terms of climate commitments. Six years ago, most of the world’s countries came together to draft a plan to fight climate change. Six years ago, the threat was already urgent and real. Yet, we needed a global pandemic to remind us of the fragility of the world we live in.

It is acknowledged that the outbreak of the Coronavirus had some benefits on the environment, including a decrease in CO2 emissions. But, as the director of the International Energy Agency (IEA) Fatih Birol said already one year ago, these benefits are only temporary and we cannot lose sight of climate goals.

Despite lagging behind for so long, Central and Eastern European countries are doing their part. Hungary, which currently holds the presidency of the Visegrad Four (Hungary, Poland, Czechia and Slovakia) has included climate change and sustainability among the top priorities of its presidency. Together with several commitments coming from local companies, multinational ones and governments, David Moran, COP26 Regional Ambassador for Europe is looking at the region with optimism.

“Countries in the region are giving more and more thought to the challenge of fighting climate change,” he tells CEENERGYNEWS. “The region is significant as major reductions in emissions would make a real difference. To hit our climate targets the global transition to clean energy has to happen at least four times faster than it is at present.”

For him, targets should be integrated into economic and social policies, so that the transition is just and inclusive and our recovery from COVID is a green one.

“As the COP26 Glasgow Climate Summit gets nearer, there are fresh commitments each week,” he notes. “At Glasgow, the world’s leaders will make further announcements. We will know then whether we have all been proactive enough.”

Barbara Botos, Deputy Minister of State for Climate Policy at the Hungarian Ministry for Innovation and Technology highlights the particularly proactive role of Hungary.

“On 7 September we, as part of our V4 presidency programme, organised a high-level informal meeting for the representatives of the Visegrad Group countries, the Republic of Bulgaria and Romania in order to provide room for joint discussion and preparation for the incoming COP26,” she tells CEENERGYNEWS.

“Considering the fruitful discussions of the conference, it is clear that CEE countries are actively developing policy measures and ways of implementation to tackle climate change and to support the green transition.”

“This was the first high-level event in the history of Visegrad Group presidencies that focused particularly on the topic of UN climate change conferences and international climate policy issues, with the participation of the representative of an incoming COP presidency country, which is clearly signalling the proactive approach of the CEE region,” she adds.

For the V4 climate change is a priority

In particular, the V4 countries can influence both regional decisions and those at the EU level. Mr Moran is looking at these countries both as individuals and as a group and each country’s approach will be a bit different. He recalls, for example, that Hungary and Slovakia have already announced early coal phase-out dates while, collectively, they have influence within the EU and beyond, for example supporting climate ambition in the Western Balkans.

“I welcome the V4’s decision under the Hungarian Presidency to include climate as a priority issue and I had constructive discussions with all four countries during my recent visit when the V4 plus Romania and Bulgaria made clear their interest in collaboration with the COP26 UK Presidency,” he says.

However, we cannot forget that in 2020 there were more investments in fossil fuels than in 2016, on a global level. And the economy of the V4 countries is largely based on fossil fuels.

“The transition to a green economy is a great challenge which requires financial resources, innovative technologies, cooperation among a wide range of stakeholders and time,” underlines Mrs Botos. “In these countries, especially in Poland, many people’s livelihoods depend on the fossil fuel sector, therefore we must ensure that the transition to a green economy is just, fair and leaves no one behind. Hungary and the other V4 countries are committed to the EU 2050 climate neutrality target, supported also by the Just Transition Mechanism from socio-economic aspects and we are ready to support each other to reach this goal.”

Apart from the possibilities occurring within the Just Transition Mechanism, Mrs Botos underlines another just transition focused project, which is co-financed by the EU LIFE Programme and the Hungarian Government: the so-called LIFE-IP North-HU-Trans project which, with the participation of 22 different regional and national stakeholders aims to support coal transition in the Mátra Power Plant’s region from climate, environment, innovation and socio-economic aspects, as well as providing room for the share of best practices on national, EU and international level.

“Therefore, the Hungarian pathway and practice of coal phase-out may serve as a good example for the other V4 countries and Hungary will share the experience and good practices with great pleasure to promote the green transition and the coal phase-out of the CEE region,” she continues.

Keeping the planet’s temperature under control

To get the most out of the COP26 conference in Glasgow, each country, including the big emitters must make concrete commitments to reduce the planet’s temperature (currently at levels there were not seen for 125.000 years).

“This means everyone cutting carbon emissions, building resilience and protecting nature and vulnerable people and, for some, providing climate finance,” Mr Moran explains.

“The recent IPCC report set out the task. We encourage countries to ensure that their short term 2030 emission reduction targets and longer-term strategies for carbon neutrality by 2050 are ambitious enough to keep a 1.5 degree Celsius above pre-industrial levels temperature limit within reach.”

“Throughout the international climate negotiations the EU represents the common position of the Member States; hence the ambitions and commitments made during the COP26 are not individual engagements of Member States, but joint EU actions,” adds Mrs Botos. “The EU is maintaining an ambitious position and strives to achieve a successful outcome of the negotiations. The CEE region, in alignment with the EU perspective, supports a robust Rulebook to implement the Paris Agreement. Furthermore, as also discussed in the frame of the above mentioned V4+ high-level event, CEE countries express general support towards the UK COP26 Presidency’s thematic priorities, especially towards coal phase-out and sustainable mobility.”

How to get everybody on board

However, how do we really get everyone on board, without leaving anyone behind?

“Through a virtuous mixture of ambitious climate action commitments, delivery and financial and technical support for those who need it,” David Moran replies. “It’s so important that COP26 is inclusive, as the preparations have been. The fourth of our Strategic Goals is Collaboration – bringing everyone together to get an ambitious outcome that gains the support of every country and across society. Everyone is affected by climate change, so everyone should have a voice. And Glasgow provides a platform for that through the organisations and individuals who are there and everyone who is commenting and campaigning around the world.”

Barbara Botos considers the COP26 to be both a personal and political momentum.

“Due to the COVID-19 pandemic the event was postponed from last year to 2021,” she reminds. “Despite the postponement, the UNFCCC Secretariat together with the COP25 Chilean Presidency and the COP26 UK Presidency did not stop to engage the Parties in the intersessional work, however during the online events it became evident that successful negotiations can be better achieved in an in-person event.”

For her, the COP26 builds a key momentum to tackle climate change and the successful outcome of the conference is necessary to promote the way ahead to a climate-resilient and sustainable world.

“Climate change is becoming the focus of attention of the public also in the CEE region,” she concludes. “Individuals are often the drivers of the change, hence public engagement and actions are deeply encouraged and their importance regarding stepping up against climate change is beyond dispute.”